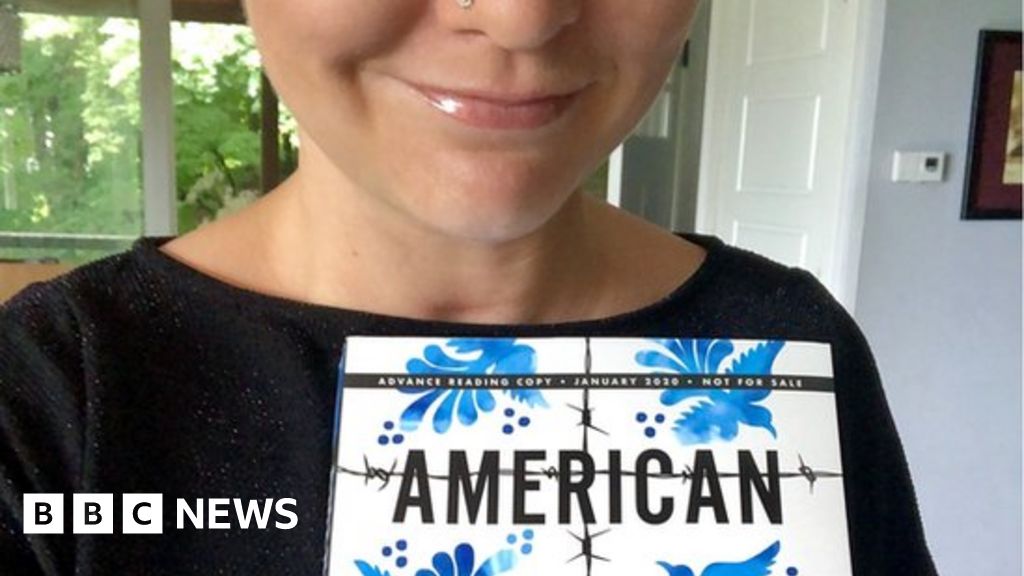 In an author’s note for hit new novel American Dirt, author Jeanine Cummins says she wished “someone slightly browner than me” had written it.

“But,” continued Ms Cummins, a white writer with Puerto Rican forbearers, “then I thought, if you’re a person who has the capacity to be a bridge, why not be a bridge?”

The book, which tells the story of a family fleeing Mexico for the US, was greeted with rave reviews from Oprah Winfrey, among others.

However, the plaudits were quickly followed by outrage from members of the Hispanic community, who complained that the novel misrepresents the Latin-American experience.

The row has rekindled a debate over prejudice in the publishing industry and over who, exactly, is allowed to tell the stories of others.

American Dirt follows a middle-class Mexican woman who escapes the country with her son after her husband, a journalist, is killed by a drug cartel. The story traces their often violent journey as migrants to the US border.

The novel was highly anticipated and Ms Cummins received a reported seven-figure book deal for a first print run of half a million copies. She was interviewed by the New York Times, which published an excerpt of the book.

Positive reviews came from beloved authors, including Stephen King. Ms Winfrey selected American Dirt for her book club this week, all but assuring a boost in sales. “I love it so much,” she said.

Others were less favourably disposed. A scathing review by the Hispanic-American writer Myriam Gurba called it a “Trumpian fantasy of what Mexico is”.

Outrage over the novel’s depictions of migrants soon spilled forth on social media. Critics tweeted out mock-stereotyped stories with the hashtag “Writing my latino novel”.

Adding to the controversy were claims that American Dirt had borrowed from other novels about Mexico, while at the same time misconstruing key nuances, like the use of Mexican phrases in Spanish.

“When writing about a community to which one does not belong, authors have an obligation to think about the social and cultural politics of what they are doing,” Domino Perez, a professor of English at the University of Austin’s Center for Mexican American Studies, told the BBC. “Asking whether or not you are the right person to tell a story means that sometimes the answer is no.”

I am an immigrant. My family fled El Salvador with death pounding on our door. The terror, the loss, the injustice of this experience shaped everything about me. I see no part of myself reflected in #AmericanDirt, a book white critics are hailing as the great immigrant novel.

Maricela Becerra, an assistant adjunct professor at UCLA, told the BBC: “We have been talking about these issues for many, many years as Latinxs and immigrants, and the problem is that we have not been heard. Suddenly a non-immigrant person tells our story, and people seem to be interested.”

But the book has found defenders in the Latino community. Sandra Cisneros, a famous Mexican-American author, said American Dirt was “not simply the great American novel; it’s the great novel of las Americas. It’s the great world novel!”

Rigoberto González, an English professor at Rutgers-Newark University, called the book “highly original”, albeit with “moments of pandering to social justice language”.

In 2016, Ms Cummins said in a New York Times opinion piece that she did not want to write about race out of fear of “striking the wrong chord, of being vulnerable, of uncovering shameful ignorance in my psyche”. She said she identified as white “in every practical way”.

“I don’t know if I’m the right person to tell this story,” she told the Times. “I do think that the conversation about cultural appropriation is incredibly important, but I also think that there is a danger sometimes of going too far toward silencing people,” she said.

At the executive level, 86% of the industry is white, according to a 2015 survey by Lee and Low Books, as are 89% of book reviewers.

Moments from the Cannes Film Festival

Starbucks in Winterfell? GOT jokes about rogue coffee cup

Feb. 16 (UPI) — Benny Gantz, the leader of Israel’s Blue and White party, said Sunday that he will seek