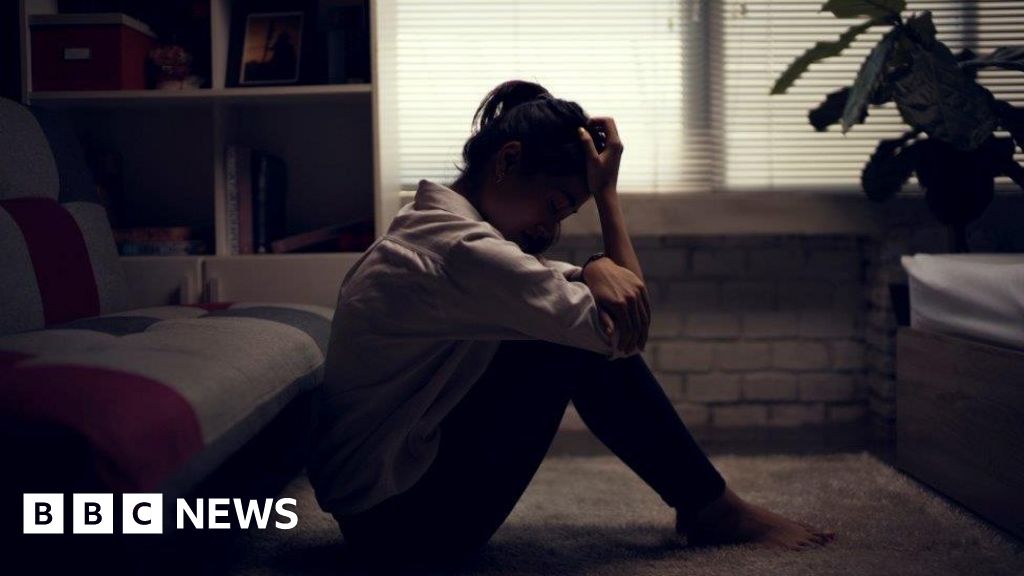 Mental health leaders in England cited the rollout of universal credit, in particular, as a key factor.

They also said money problems and job worries alongside social factors, such as loneliness, were adding pressure to an already stretched system.

The government acknowledged there were “challenges” in reforming benefits, but said it was tackling them.

A spokesman also stressed that mental health services were a “key priority” for the boost in funding to the health service in the coming years.

He said the extra £2.3bn being invested by 2023 would increase the proportion of the budget spent on mental health.

‘We’re not complacent though and we know that change won’t happen overnight,” he added.

What’s happening to the benefits system?

The way the government is overhauling the benefits system has attracted criticism.

A new system called universal credit is currently being rolled out. It involves the merger of six different benefits for working age people into one monthly payment.

While the system, first introduced in 2013, was supposed to be up and running by 2017, it is now not expected to be fully operational until 2023.

However, it has been criticised for running over budget, causing delays to people’s payments and, in some cases, making vulnerable people worse off.

The government said it was “making improvements” to the system as it was rolled out, but said universal credit would simplify the system and “tailor support” better to help those most in need.

However, NHS Providers deputy chief executive Saffron Cordery said her members were clear that “social and economic pressures are translating into higher demand for services”.

She said the feedback showed that rising demand was causing problems as services struggled with staff shortages.

This meant there were insufficient services in the community and patients needing hospital-based care were at risk of being sent away from their home areas.

The group asked bosses from mental health trusts to answer questions via an online survey.

A total of 35 bosses answered questions about economic and social factors from nearly 60% of England’s dedicated mental health trusts.

The benefits system and the changes being made were said to be increasing demand by 32 trusts.

Wider social issues, such as a lack of local services and loneliness were also highlighted by many.

Paul Farmer, chief executive of mental health charity Mind, said: “Changes to the benefits system in recent years, and austerity generally, have had a devastating impact on the lives of many people with mental health problems.”

‘The process is cruel’

Denise Martin, 49, from Bristol, is one person who says the economic climate has made her struggles with mental illness more difficult, causing her sleeplessness and anxiety.

She has had mental health problems since she was 16 and has now been diagnosed with bipolar disorder and also struggles with her mobility because of spinal problems and chronic pain.

She has had experience of applying for benefits since 2011 when she had to give up work as a mental health nurse.

She currently gets employment support allowance and personal independence payments for her physical problems.

But she said she has found benefits staff difficult to deal with and insensitive to her condition.

“I can’t tell you how stressful it is.

“When you get a strongly worded letter in large letters saying, ‘If you do not get all the evidence in a month, your benefit will stop,’ it throws everything off-kilter and gives you a feeling of hopelessness.

“I think the whole process is cruel. I feel powerless.”

Teens who vape three times more likely to use marijuana

Jan. 23 (UPI) — The Bulletin of Atomic Scientists will adjust the “Doomsday Clock” on Thursday to reflect the events