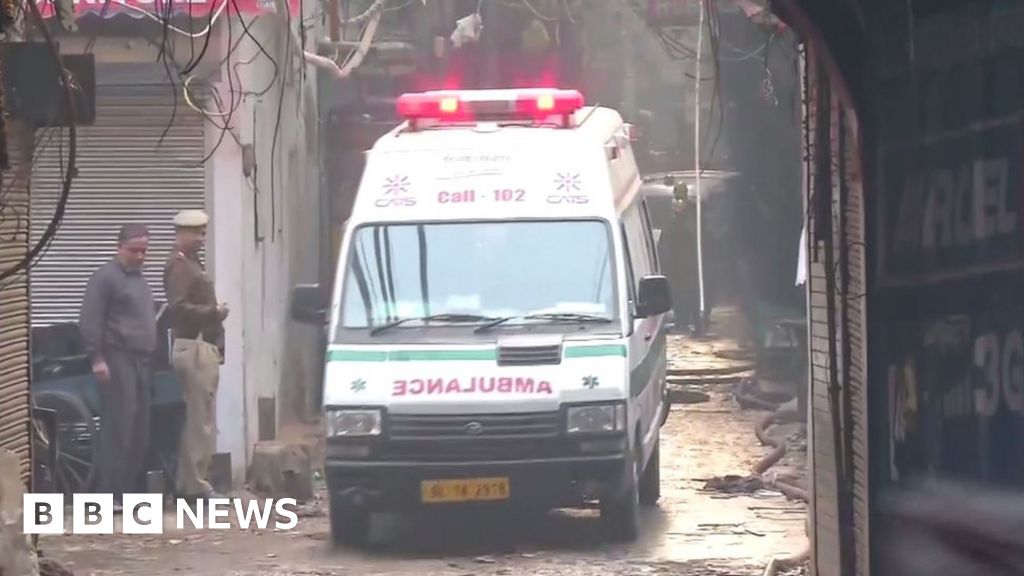 More than 30 people have been killed in a large fire at a factory in the Indian capital, Delhi, officials say.

The blaze broke out in the early hours of Sunday morning in central Delhi, and fire engines rushed to the scene.

Dozens of workers were sleeping inside the multi-storey building at the time, rescue services say. There are fears the death toll will rise further.

Prime Minister Narendra Modi said the fire was horrific and that authorities were “providing all possible assistance at the site of the tragedy”.

Delhi’s firefighters received the first call about the fire at 05:22 local time on Sunday (23:52 GMT Saturday).

The area where the factory is located – Anaj Mandi – is home to one of the city’s largest markets and many narrow laneways, which made it difficult to reach the blaze.

By 09:30 local time, at least 56 people had been moved to hospital, Delhi Fire Service director Atul Garg was quoted as saying by the Hindustan Times newspaper.

“All of them had fallen unconscious because of smoke,” he said.

Another senior fire service official, Sunil Choudhary, said the factory was used to store schoolbags, and bottles, among other materials.

The cause of the fire is being investigated.

Jan. 22 (UPI) — China on Wednesday issued a travel ban for all residents of Wuhan, the epicenter of a

Michelle Carter, convicted in texting-suicide case, to be released