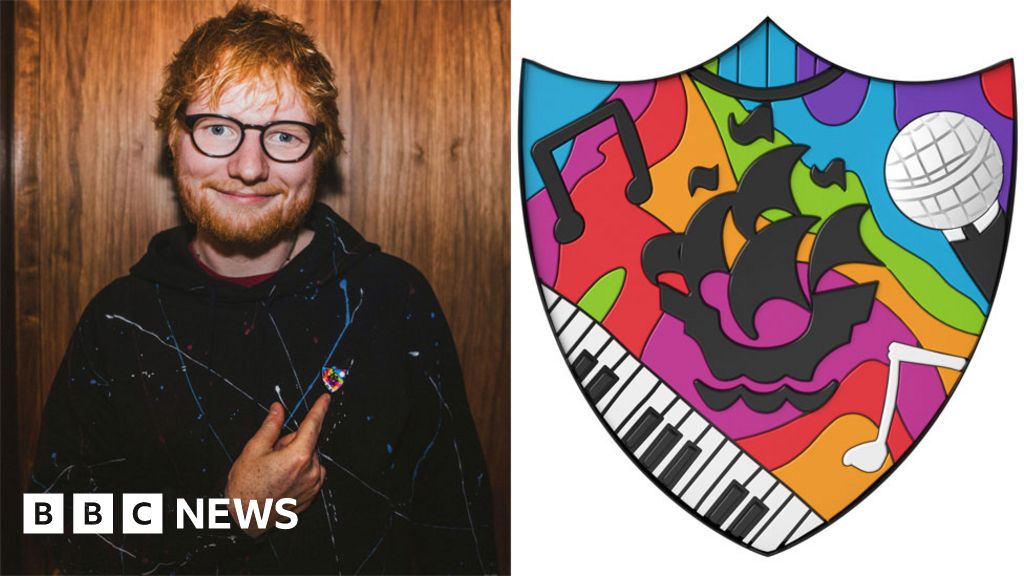 Pop superstar Ed Sheeran has said he is “made up” to have been asked to design a music-themed Blue Peter badge to mark BBC Music Day on 26 September.

He said: “Music was really important to me growing up and I hope this badge will inspire more kids to get into it.”

Young fans hoping to win the accolade will need to tell Blue Peter how they enjoy making music.

They will also need to ask a parent, grandparent or teacher about their musical memories and tell the CBBC programme their top three songs of all time.

The badge will be launched live on Thursday in a special edition of Blue Peter that will also feature Sir Paul McCartney.

The former Beatle and children’s author was presented with a gold Blue Peter badge earlier this year.

Sheeran himself received his own gold badge last year as part of the show’s 60th birthday celebrations.

Now in its fifth year, BBC Music Day will see more than 2,000 events take place across the UK.

This year’s theme is music and well-being, with special emphasis on the importance of music to people living with dementia.

Memory Radio, a new digital tool designed for people with dementia and their carers, will be launched on Thursday.

Tie-in programming will include a pop-up performance by Craig David on BBC Breakfast, a performance from Liam Gallagher on The One Show, and an edition of Pointless Celebrities featuring BBC Music Day ambassadors.

Jeremy Kyle Show axed by ITV after death of guest