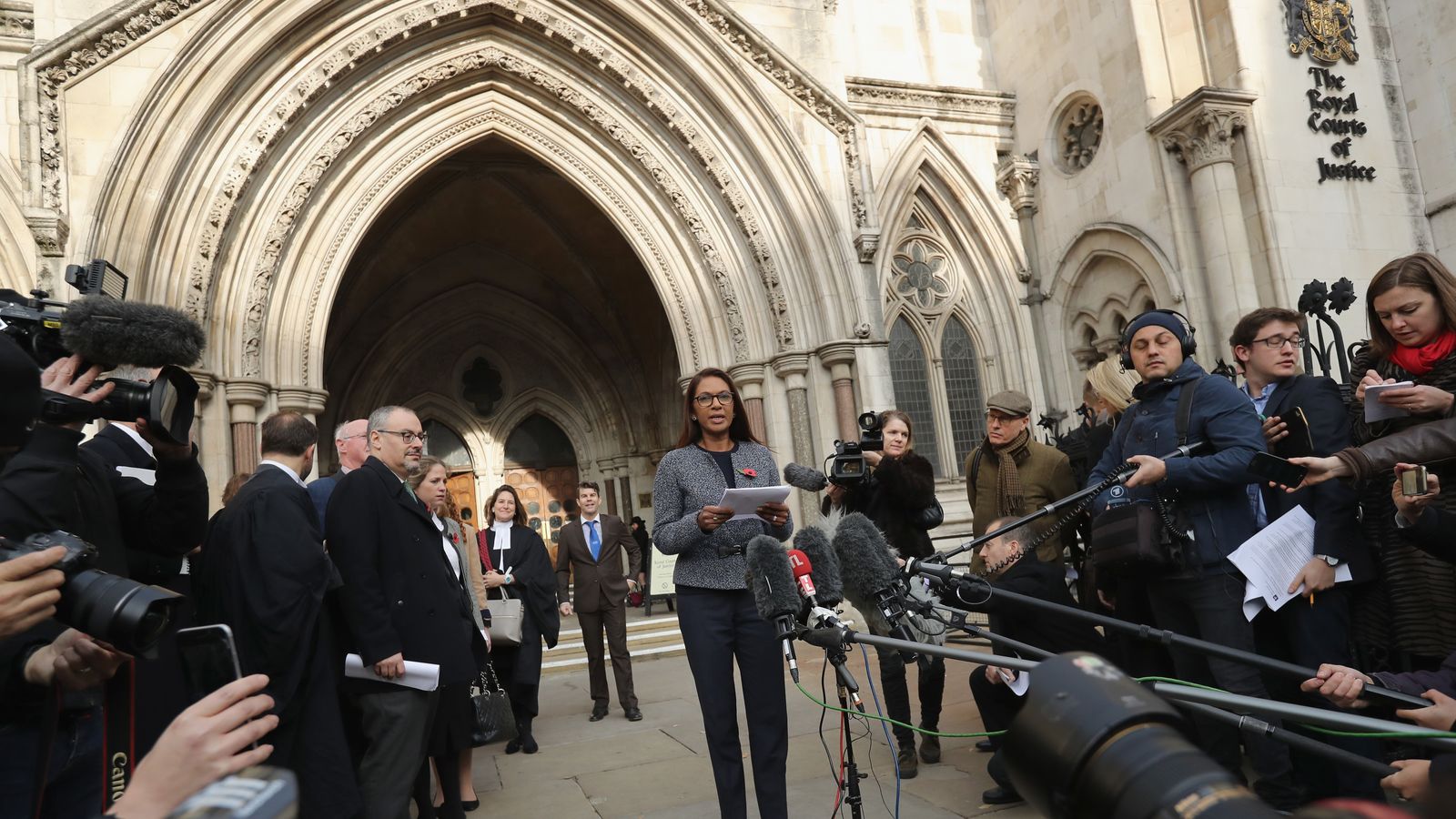 Mishcon de Reya, one of London’s most prominent law firms, has kicked off secret preparations for a flotation or stake sale that would value it at several hundred million pounds.

Sky News has learnt that Mishcon, whose recent high-profile cases included representing the businesswoman Gina Miller in her fight over the government’s triggering of ‎Article 50 to pave the way for Brexit, is to hire bankers in the coming months to explore options.

Sources said this weekend that Mishcon’s leadership team was yet to make any formal decisions about raising capital to accelerate its growth.

The firm‎ is actively contemplating the idea of a stock market listing in order to attract new investors, one added.

An alternative transaction could involve the sale of a stake to a private equity investor as Mishcon further diversifies into a wider range of professional services aimed at wealthy individuals and companies.

Mishcon was founded in 1937 in a one-room office in Brixton, south-west London, by Victor – later Lord – Mishcon.

It grew into one of Britain’s most talked-about legal ‎practices, perhaps most notably when Anthony Julius, a partner at the firm, acted for Princess Diana during her divorce negotiations with HRH The Prince of Wales.

Other prominent actions it has successfully been involved in were the author Deborah Lipstadt’s defence against the Holocaust denier‎ David Irving in 2000.

On the corporate front, it represented Sainsbury’s Supermarkets in a competition damages claim against Mastercard‎ over interchange fees for card payment services.

Mishcon also acted for the BBC journalist Carrie Gracie last year during her equal pay dispute with the broadcaster.

A flotation of the firm would crystallise windfalls for Mishcon’s 156 partners,

If the law firm does pursue a public listing, which insiders say is unlikely to take place until next year, it would join a growing cluster of peers which have tapped the London stock market.

The first to do so, Gateley, floated in 2015, and has since been followed by Gordon Dadds, Keystone Law, Rosenblatt Solicitors, Knights Law and DWF, which became the inaugural main market listing earlier this year.

A Mishcon float would inevitably attract strong interest because of its profile, which may help to persuade its management to opt for that‎ route.

Sources said that discussions with bankers could lead to an appointment of advisers later this year.

Mishcon ranks in or around the top 30 UK law firms by revenue, breaking through the £160m barrier for the first time last year.

It notched up profits per equity partner of £1m, a slight decline on the previous year.

The firm’s potential valuation ‎in an IPO was unclear on Saturday, and would depend upon the amount it raised from the sale of new shares, but one analyst said it could eventually rival DWF, a top 20 firm which has a market value of £368m.

‎Unlike many of its rivals, it has remained independent at a time when London-based law firms have turned to transatlantic mergers in a bid to stay competitive.

Mishcon is understood to be planning to publish its results for the 12 months to the end of March next week, with revenues expected to be higher than the previous year and profits proadly flat as a result of continued investment in expansion.

The firm has ‎sought to diversify in recent years by launching a range of ancillary services including MDR Brand Management, which advises on intellectual property and reputational issues.

It has also created an in-house incubator for legal technology start-ups, and established a partnership with the Land Registry to process fully digitised residential property transactions.

‎In a statement issued to Sky News, a spokeswoman said:

“Mishcon de Reya LLP has delivered significant growth over the past 15 years.

“As a financially robust‎ and dynamic firm we have ambitious plans for the next phase of growth and to achieve this are considering all options for raising capital.

“No decisions have yet been made.”

Poundworld future in the balance after buyer pulls out

Alibaba opens door to US sellers on its oldest platform