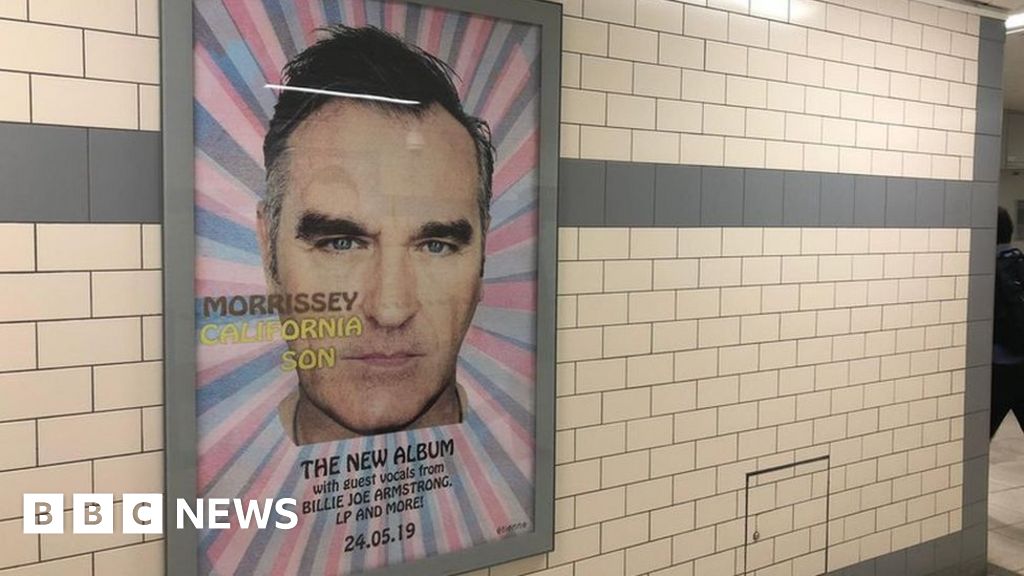 Posters promoting Morrissey’s latest album have been removed from railway stations after a commuter complained.

Adverts for the new album by the former Smiths singer have been taken down on the Merseyrail network.

Morrissey has previously expressed support for the far-right For Britain party and earlier this month wore a badge with its logo on during a TV show, but he denies he is a racist.

Merseyrail apologised and said the posters did not reflect its “values”.

The adverts, which contain no political message, were removed after a traveller on a Southport service to Moorfields contacted the company to ask if it agreed with Morrissey’s opinions.

The man, who asked not to be named, told the BBC he was not “offended” by the posters and did not demand they were taken down.

He said he just questioned the company on whether they were appropriate.

In a statement, Merseyrail said: “Any content used within advertising on the Merseyrail network does not reflect the organisation’s values and we apologise for any offence the publication of these posters may have caused.”

The company said advertising was managed by an external third party.

It said on Twitter: “Morrissey’s views are not in synch with ours, in fact they are at complete odds and this is why (as an independent) we are not stocking / giving our shelf space to his music.”

Morrissey, 60, has denied on multiple occasions he holds racist views.

Earlier this month, the Manchester-born singer appeared on The Tonight Show in the USA wearing a For Britain badge on his jacket.

He came out in support of the party in an interview in 2018 and in the past has criticised the production of halal meat and claimed London mayor Sadiq Khan “cannot speak properly”.

Huawei 5G verdict is a decision with few good options